Since its inauguration in 2009 the Halifax International Security Forum (founding partners are the Crown’s Department of National Defence (DND) and the Atlantic Canada Opportunities Agency (ACOA)) has been organized by the German Marshall Fund of the United States (founded in 1972 by Chancellor of Germany Willy Brandt, Chancellor of the Federal Republic of Germany from 1969 to 1974) and funded by the Crown in Canada to recruit top US and Canadian government officials to aid and abet the Germany conduct a new Cold War against Russia. The forum, for all intents and purposes, is being used to turn top Canada US government officials into double agents. Their mission is to undermine and subvert both the Government of the United States of America and the Government of Canada. Their objective is to wage a new Cold War against Russia.

The Halifax International Security Forum was used and organized by Chancellor of Germany founded and funded German Marshall Fund  of the United States shortly after the 2016 US presidential election to recruit US Senator John McCain to initiate the new Cold War by staging a coup against newly elected US President Donald Trump using the infamous Trump-Russia dossier that Senator McCain delivered to FBI Jim Comey. The dossier was commissioned (paid for) by the Crown and written by the Crown’s spy, MI6 counterintelligence agent Christopher Steele, to allege, without proof, Russia meddling in US 2016 election. The Crown “manufactured” the dossier to start a new Cold War against Russia and stage a coup against US President Donald Trump.

Why conduct a new Cold War now? Russia was the US, the UK and Canada’s ally in WWII. Russia helped the US, the UK and Canada defeat Germany and Italy (controlled by the Vatican) in WWII. The Crown fears another US, UK, Canada and Russia war alliance. Such a war alliance would be formed to liberate Europe once again from the Vatican Germany annexation and occupation of Europe called the EU. Both the first Cold War and the new Cold War were started by the Crown to prevent such a US, UK, Canada and Russia war alliance. A new Cold War was started by the Crown using the Crown commissioned Trump-Russia dossier because World War III has already begun and was officially declared in 2014.

On Sept 13, 2014 Pope Francis officially declared that World War III had begun. Pope Francis called it a “piecemeal” WWIII. “a third war, one fought piecemeal, with crimes (mainly treachery), massacres (NATO Gladio false flags), destruction (mercenary wars in Iraq, Syria, Yemen),”. Then again in 2016 Pope Francis declared again: “Let’s not be afraid to say this truth, The world is at war.” “It is perhaps not as organic, but it is organized and it is war.”, but unlike the first two world wars, instead of happening all at once, this war is coming in stages.

Why is there another World War? Pope Francis told you why: “There are economic systems that must make war in order to survive”. What economic systems is he referring to? The Crown and the EU.

The duty to inform – It’s a responsibility everyone has to warn others, to prevent danger to others when that danger is foreseeable

Are you aware of something that may pose a threat to national security? An explosive device, a cyber attack, espionage, foreign influence activity, bribery of judicial officers (section 119), bribery of officers (Section 120), frauds on the government (section 121), breach of trust by a public officer (section 122), selling or purchasing office (section 124) or a simple bank transaction that funds terrorism, bioterrorism, international drug trafficking, human trafficking or smuggling? Report the information to CSIS, RCMP, NSICOP or ypur local police. If you want to remain anonymous, or fear retaliation, report the information using this website.

The Trudeau Foundation is required by the Canada Revenue Agency "to keep copies of all issued charitable donation receipts for the prescribed period". Trudeau Foundation's records, annual reports from 2014-2017, are missing $1 million donation from Foundation chair MacCall MacBain that was reported on Sept 9, 2016. on 24 May 2021
Read Full story » 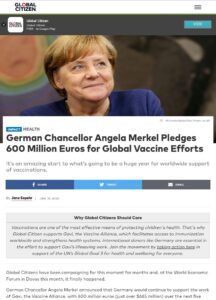 COVID-19 “crisis will act as a wake-up call for multilateralism, revitalizing multilateral cooperation in global health governance and eventually in other areas. Germany and the countries participating in the Alliance for Multilateralism will do their best to contribute to such a development.”

“The Alliance is not intended to be a new institution; it aims to support and strengthen existing organizations, in particular the United Nations.”

UN in “COVID-19 and the Alliance for Multilateralism” April 2020 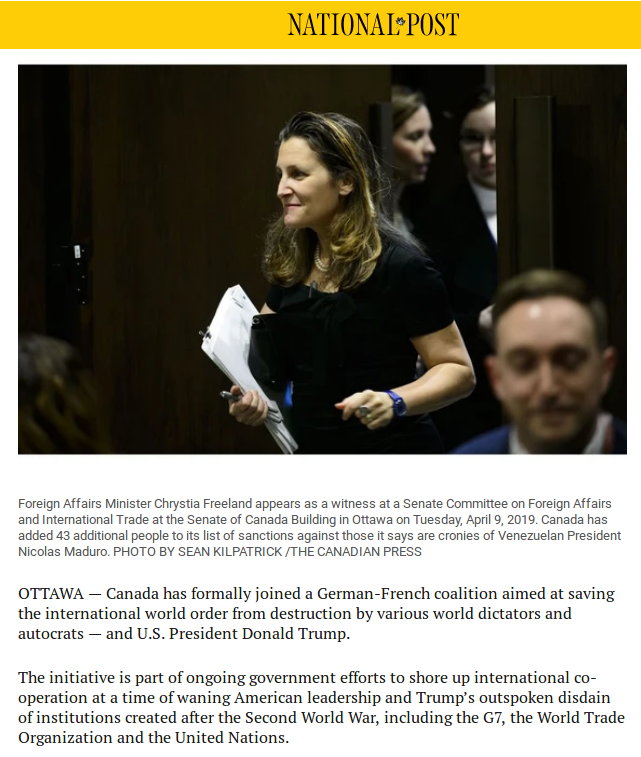 CSIS defines Germany enlisting /recruiting Justin Trudeau and Christian Freeland to further Germany’s interest as foreign influenced activities. The CSIS Act describes Foreign-Influenced Activities, commonly known as Foreign Interference, as “activities within or relating to Canada that are detrimental to the interests of Canada and are clandestine or deceptive, or involve a threat to any person.”. Germany’s activities are described in detail on the Government of Canada website under

“CSIS investigates and advises the government on threats to national security. Espionage and foreign interference pose a significant threat to our economic prosperity and national interests.”

“Foreign Interference involves foreign countries or entities attempting to covertly influence change in Canada, to better suit their strategic interests. As any country with a large multicultural population, Canadian communities are subject to clandestine and deceptive manipulation by certain foreign powers. In many cases, clandestine influence operations are meant to support foreign political agendas or to deceptively influence Government of Canada policies, officials or democratic processes. This can include election interference, spreading disinformation on social media, and the cultivation of influential people. These threats exist at all levels of government, including federal, provincial, and municipal.” CSIS 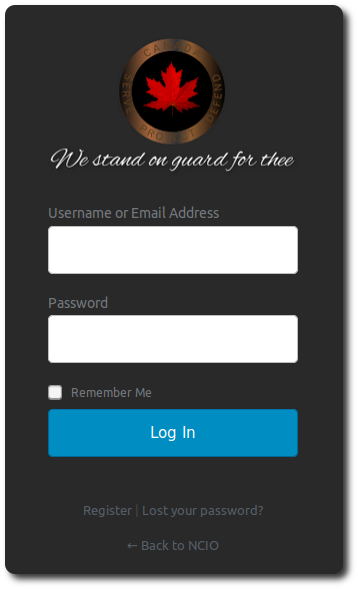 Canada lacks corruption investigators who are independent of the Crown, the Government of Canada & Canada’s 10 provincial governments. That is why NCIO was established on Canada Day 2019.

The preamble to the Canadian Charter of Rights and Freedoms states that the rule of law is one of two principles upon which Canada was founded. The rule of law principle, that no one — including the monarchy, the Crown, the Prime Minister and Premiers, adjudicators, ministers, police officers & RCMP … are above the law, secures a nonarbitrary form of government & prohibits arbitrary use of power. 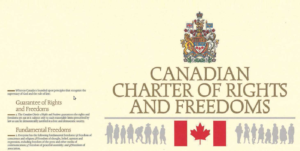 CANADIAN CHARTER OF RIGHTS AND FREEDOMS

NCIO’s mission statement is to identify, assess, investigate, counter and expose treachery and foreign influence activities that pose a threat to Canada’s national security. NCIO was also formed to provide Canadians with the means and opportunity to file information and complaints and to present evidence alleging government or police treachery, corruption, violations of rights and freedoms or the rule of law.

NCIO would like to invite retired Canadian police officers, including RCMP, OPP, Toronto Police Services and Sûreté du Québec members as well as former members of Canada’s judicial system (retired adjudicators, barristers and solicitors, and former DOJ legal experts) to join NCIO. To identify, assess, investigate and counter government officials and police activities that may be deemed as misconduct, negligence, arbitrary, or corrupt and any and all foreign influence activities within or outside Canada that pose a serious threat to the security of Canada.

I know that you would be a great addition to this non-governmental National Counterintelligence Organization, especially with your years of criminal law and investigative knowledge and experience, amongst other things. I hope you will join NCIO in its efforts to preserve the rule of law, protect the rights and freedoms of Canadians and safeguard Canada.